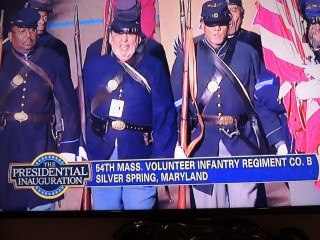 The groups chosen “reflect the spirit, values and diversity of our great nation,’’ Mr. Obama said in a news release announcing the selections, adding that he and Vice President Joseph R. Biden Jr. “are honored to have them join us in the parade.” More than 2,800 online applications were submitted to the task force that organized the parade — more than double the nearly 1,400 organizations that applied to take part in Mr. Obama’s first inauguration in 2009.

The Second Inauguration of Barack Obama

The second inauguration of Barack Obama as the 44th President of the United States took place in a private swearing-in ceremony on Sunday, January 20, 2013 in the Blue Room of the White House. A public ceremony marking the occasion took place on Monday, January 21, 2013 at the United States Capitol building. The inauguration marked the beginning of the second term of Barack Obama as President and Joe Biden as Vice President. 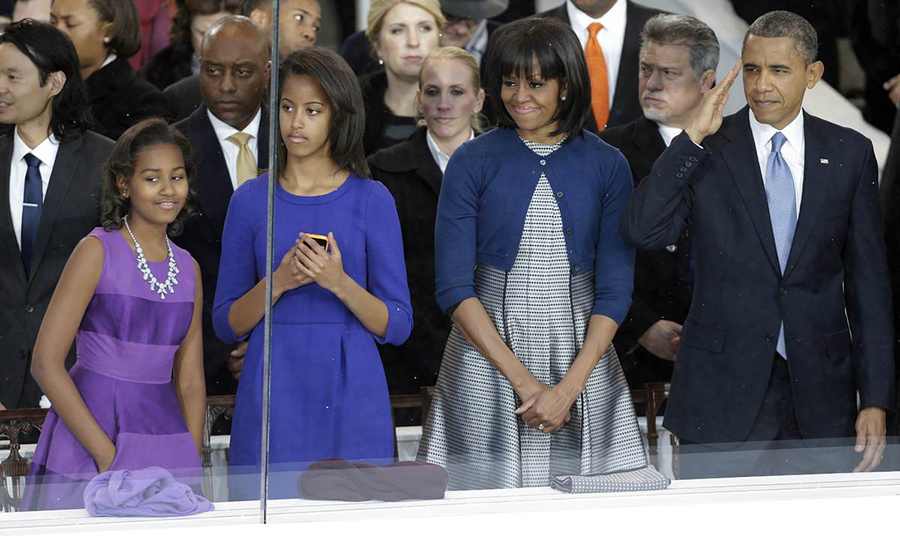 The inauguration theme was “Faith in America’s Future”, a phrase that draws upon the 150th anniversary of Abraham Lincoln’s Emancipation Proclamation and the completion of the Capitol dome in 1863. The theme also stresses the “perseverance and unity” of the United States, and echoes the “Forward” theme used in the closing months of Obama’s reelection campaign. The inaugural events held in Washington, D.C. from January 19 to 21, 2013 included concerts, a national day of community service on Martin Luther King, Jr. Day, the swearing-in ceremony, luncheon and parade, inaugural balls, and the interfaith inaugural prayer service. The presidential oath was administered to Obama during his swearing-in ceremony on January 20 and 21, 2013 by Chief Justice of the United States John G. Roberts.

In his second inauguration speech, Obama proclaimed that “while freedom is a gift from God, it must be secured by His people here on Earth”. He called for laws to combat climate change, enactment of immigration reform and gun control. Obama stated that more progress was needed on human rights and civil rights (including racial minority rights, women’s rights, and LGBT rights) and vowed to promote democracy abroad, and stated that the United States must “be a source of hope to the poor, the sick, the marginalized, the victims of prejudice” around the world. Additionally, the president vowed to keep existing alliances strong, emphasized the economic recovery and the end of wars, and stated that “no one has a greater stake in a peaceful world than its most powerful nation”. The inauguration was attended by approximately one million people, and watched by millions more around the world.

During the speech, Obama linked the Seneca Falls Convention, Selma to Montgomery marches and Stonewall riots. Barack Obama used the opening words of the U.S. Constitution’s preamble “We, the people” to suggest how to reconcile America’s founding truths and the current discord and dysfunction of its embittered political system. He also referenced America’s Declaration of Independence stating that our inalienable rights, such as Life, liberty and the pursuit of happiness, may be self-evident, but never have been self-executing. Obama again invoked the Declaration of Independence by telling his audience: “What makes us exceptional, what makes us America, is our allegiance to an idea articulated in a declaration made more than two centuries ago: We hold these truths to be self-evident, that all men are created equal.”

Obama went on, saying “all of us are created equal” and that the shared equality of the American people guided the United States “through Seneca Falls and Selma and Stonewall”—linking the Seneca Falls Convention, Selma to Montgomery marches and Stonewall riots as key moments in women’s rights activism, and the African-American civil rights movement together.